If you’re like most League of Legends players, you want to win more games. Who doesn’t? The problem is, actually winning can be pretty tough. You may find yourself on a losing streak if you’re not careful enough. Luckily, there are a few things you can do to improve your chances of winning. In this blog post, we’ll share the top 10 tips to help you win more games in League of Legends.

Farming is one of the most important aspects of the game. The more gold you have, the better items you can buy, and the more powerful you become. However, farming efficiently can be difficult, especially if you’re up against opponents who are constantly trying to kill you.

A good tip is to focus on last hitting – that is, getting the final blow on a minion to score the kill and the gold. It takes practice, but if you can master last hitting, you’ll be able to farm much more efficiently.

This may seem like obvious advice, but it’s important. Every time you die, you give your opponents gold and put yourself behind in terms of farm and experience.

If you can, try to avoid fights that you know you can’t win. It’s better to back off and live to fight another day than to die and give your opponents a huge advantage.

Rotating refers to moving around the map to different lanes or objectives. It’s important to do this because it allows you to farm more efficiently, get more kills, and take down objectives such as towers and the enemy’s base.

However, you need to be careful when rotating. If you’re not careful, you can easily get caught out by the enemy team and killed. Only rotate when you’re sure it’s safe to do so.

4. Know when to fight and when to back off

Fighting is a big part of League of Legends, but you need to know when to do it. If you’re at a disadvantage, it’s often better to back off and wait for a better opportunity.

On the other hand, if you have the upper hand, it’s usually a good idea to fight and try to get kills. Just be careful not to overextend, or you may find yourself in a bad situation.

5. Communicate with your team

Communication is key in any team-based game, and League of Legends is no different. If you’re not communicating with your team, you’re likely to make mistakes and lose games.

Make sure you’re using voice chat or the in-game chat to call out enemy locations, warn your team about incoming attacks, and so on. The more you communicate, the better your team will be able to play. Trying to carry your team to victory by yourself is rarely a successful strategy. League of Legends is a team game, and you need to play as such.

Work together with your team, and you’ll be much more likely to win. This means fighting as a team, rotating together, and so on. You can also buy a duo queue boost to speed things up.

It’s easy to get tilt – that is, to get angry or frustrated after dying or making a mistake.

When this happens, it’s important to stay focused and not let your emotions get the better of you.

If you get tilted, you’re likely to make more mistakes, and your team will suffer as a result. So, stay calm, focus on the game, and don’t let tilt get to you.

Flame is another word for trash talk. It’s when you insult or harass another player in an attempt to get them to play worse.

Flame is never okay, and it’s one of the quickest ways to ruin a game. If you flame your teammates, they’re likely to play worse, and if you flame your opponents, they’ll probably just get infuriated and play even better. Either way, it’s not worth it.

If you get flamed and can’t focus on the game as much, you can always choose to mute chat and avoid letting teammates/opponents distract you.

It’s easy to be negative when things are going badly in a game. However, being negative will only make things worse.

If you’re feeling down, try to be positive and encourage your team. It may not seem like it, but your positive attitude can make a big difference.

Finally, the best way to win more games is to practice. The more you play, the better you’ll get, and the more likely you are to win.

So, get out there and start playing. Try different things, experiment, and learn from your mistakes. The more you play, the better you’ll get, and the more games you’ll win.

We hope you found these tips helpful. Put them into practice, and you’ll win more games in no time! 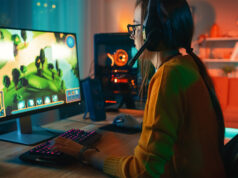 You Can Improve Your Experience Game By Following These 6 Tips 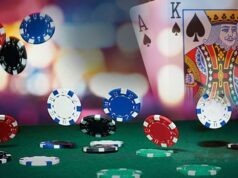 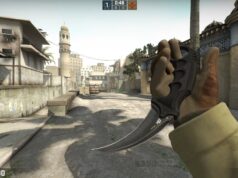