Bitcoin represents the most popular digital asset on the market of cryptocurrencies. It continues to gain more popularity over the years. The main reason for such high popularity is related to the high volatility of this cryptocurrency, which is attractive to investors. Also, there is a great potential that this digital asset will continue to grow. On the other side, there are many advantages of using blockchain-based currencies since they offer higher security and more convenience when compared to standard payment processing methods.

The technology behind Bitcoin, the blockchain, is also important, and it represents a revolution in storing and securing data online. The integration of this system in other spheres can provide advanced abilities for businesses and online platforms, such as smart contracts, improved analyses, and better chain-supply management. You can read more about vechain nieuws to find out more about the integration of this technology in businesses and management.

Furthermore, while the popularity is getting higher, many people are criticizing this market due to its unreliability and other risks. While many predictions are assuming how the price of BTC might reach the value of over $100,000, no one can guarantee that it will happen. The best example is Elon Musk, who managed to have a huge influence on Bitcoin in 2023. His first move was praise related to this digital asset, where his company Tesla invested $1.5 billion in this cryptocurrency.

That had a positive effect on the value, which reached over $60,000 at one moment. However, things started to change after some, and he suddenly declined to accept BTC payments in Tesla and decided to sell his investment. A lot of people were confused by these actions. However, Musk claims that the main reason why he stopped being interested in Bitcoin is related to the negative effects that this cryptocurrency is having on the environment.

The process of creating the Bitcoin is called mining. It required advanced hardware and a lot of electricity, which are the main reasons why this market is affecting the environment. In this article, we are going to introduce you to the negative sides of the mining process.

1. It Requires a Lot of Energy

The process of mining is quite complex and requires the most recent hardware that is more efficient. However, the main issue is that these devices spend a lot of electricity. Also, when it comes to Bitcoin mining, the time needed to mine one unit is getting more complicated over time.

As most people already know, the system that is creating blocks of codes will reward people who are sharing their resources in the process. However, after every few years, the reward is getting cut in half. That means that people will need to invest more in the equipment that will improve the efficiency and help them to gain at least the same profit after the halving.

The current expenses in electricity to mine a single BTC is around $6,000 in electricity when it comes to the United States. Also, this price can vary according to the price of energy in every country.

it is not a rare case that large investors are looking to open facilities in countries where the electricity is much cheaper. That is the main reason why most of these units are mined in China. However, the issue is that this country is using coal and fossil fuels to make electricity, which is causing big problems for the environment.

The main issue is that we can notice that mining is mainly popular in those countries where electricity is much cheaper. The reason why that is a problem is that most of these countries are still using unsustainable and less efficient methods to get electricity, which is harmful to the planet. The impact that mining is causing with the increasing consumption of energy is getting higher every year.

When we look at the current stats, mining on a global level is consuming more electricity than some big countries like Egypt, Sweden, Ukraine, and many others. Elon Musk is only of the more popular people who started to inform the public about that problem. It is crucial for the planet that more countries will adopt the modern forms of creating energy from alternative sources like wind and solar energy.

Besides the increasing consumption of energy, the advancements related to the mining process and updates on the system require more frequent replacements of the equipment. In the beginning, you could mine BTC with a basic PC in your room. After that, when the process became more complex, you had to install an advanced graphics card for that.

In later years, the only way to efficiently mine this digital unit was to buy a special device, a mining rig. While it is always good to have the technology improvements, the negative side is that a lot of previous equipment is left unrecycled, which is increasing the size of landfills and waste that cannot be properly stored everywhere.

These devices cannot be decomposed naturally, and there is a lot of plastic and metal parts that can represent the risk for plants, soil, and animals. There are some toxic ingredients as well.

There is an important ongoing campaign in the whole world where people can learn more about the importance of alternative sources that we can use to gain energy. Still, it seems that some large economies like China and India, along with developing countries, will need much more time to integrate modern systems that are not causing pollution. The leaders in this field are Denmark, France, United Kingdom, Finland, Australia, Austria, and Sweden.

Also, there are positive things seen in the United States, Japan, and most of the countries that are part of the EU. As long as big facilities for mining are places in countries that are not switching to safer alternatives for creating electricity, we can say that mining indeed is having a negative effect on the environment. 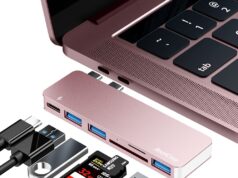 5 Things to Look for When Buying Raycue Macbook Air Accessories 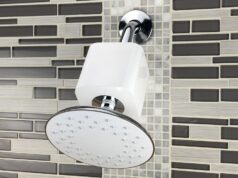 How Reliable are Smart Shower Heads? 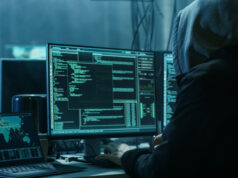 This is How Hackers are Stealing your Microsoft Login