Home Cars What Percentage do Lawyers Take From Winning a Car Accident Case?

One of the most common tips you will find in any article of this type is if you find yourself in a car accident in which there is extensive property damage, severely injured participants, or deaths, seek immediate help from a legal representative or your lawyer. Being part of a car accident with severe consequences is a great mental and emotional burden, even for the one who caused the incident.

As soon as something like this happens, witnesses and the public judge someone, without objectively knowing the factors that led to the accident. It is, therefore, best to seek legal advice immediately.

In minor accidents, in which there are no casualties and the material damage is very small, it is easy to agree with the other participant to cover the damage to each other or to call the police to make a report. But in difficult traffic, things are much more complicated and the police and the court must be involved.

Law services are not free, but your attorney may ask you to pay them after you have received the money, or agreed with the other party to the accident consequences. Lawyers usually have a tariff according to which they charge for their services, but in specific cases when the dispute lasts a long time and takes time and resources, they agree with the person they represent to receive part of the damages.

But how much is fair to ask for?

According to some standards of fair operation, they should receive one-third of the full amount with which the injured party will be compensated.

In most cases, they retain 30-40% of the damages to cover the costs of the process. In exceptional cases, they can take the case pro bono, i.e. represent the injured party free of charge, if all this results in the public good and help in adopting additional legal regulations, which protect citizens from similar situations.

In such a case, they get publicity and become wanted by the citizens who need a representative in some court disputes.

However, there are cases when the work policy requires them to cover the legal costs on an ongoing basis, and the compensation remains only for the injured party.

But for all this to be possible, it is necessary first to contact a car accident lawyer, who will give the appropriate support, will protect your rights, will know how fair it is to charge, and will be able to offer conditions such as exemption from payment if you lose the case.

What is the duty of a good lawyer in a car accident?

If you have suffered in the accident due to someone else’s violation of traffic rules, then all the invested funds and energy are worth it for you to receive the necessary compensation, and even to file a lawsuit if necessary. Your lawyer will stand by you if:

Fee rules according to the American Bar Association

Lawyers can claim 33-40 percent of the value of the deal, and in essence, their fee is around $100 an hour. Of course, all this is done in consultation with the client, but also in accordance with what is happening on the other side. First, the case is resolved in a lower instance, and if it fails, it goes to court and the necessary evidence is presented.

These costs arise from the availability and engagement of the lawyer, the commitment to maximize compensation, the preparation of a case based on evidence and medical reports, the assessment of damages, as well as your representation, so as not to make a mistake yourself, which can be used by the other party in their favor.

What should the compensation cover?

In addition to legal fees, which are fixed at least one-third of the amount (unless you are represented for free), there are many other things that need to be covered in cash.

Car accidents are trauma in many ways and despite physical injuries, fear, uncertainty, emotions, and mental health can also have lifelong consequences. But with a good lawyer you will be able to get enough funds for:

Of course, there may be additional costs, such as constant assistance from an assistant in moving and performing daily tasks, reports from medical commissions, private investigations, as well as private prosecution of the culprit of the accident.

Generally, be prepared to pay at least one-third of the compensation to your solicitor. Usually, about 40% of the agreement is charged if the case ends in court. It is important to have a legal representative, in case someone on the side of the culprit tries to manipulate the injured party.

The interests of the victims must be protected, no matter how serious the injury or material damage. In any case, you as a victim deserve to have a good lawyer who will not allow you to be played. People are most vulnerable when they suffer, and insurance companies and perpetrators know this well and often abuse it to make you give up on further trauma. Don’t let them do that to you. 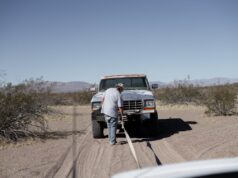 7 Towing Tips and Techniques All Beginners Should Know 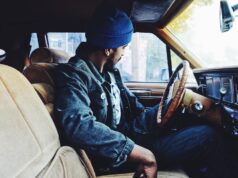 How Long Does It Take to Transport a Vehicle Cross Country 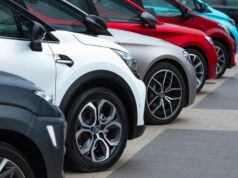 7 Reasons to Book Rental Cars as Early as Possible