Home Tech Can Solar Panels Be Recycled: 4 Things to Know

As is known, the sun is certainly the biggest source of renewable energy. Just that kind of energy at the same time, has the least harmful impact on the environment, and without it, life on Earth would be questionable. The sun, as the biggest source of energy is responsible for starting his life on Earth using the energy he controls time, sea and ocean currents, hydrological cycle, and influences the everyday activities of man.

When talking about the use of solar energy, it is very important to mention the principles of direct utilization of solar energy such as solar collectors, photovoltaic cells and energy focusing the energy of the Sun. A large number of people on the planet are supporters of solar panels, considering that we can produce energy in an ecological way in any place on the planet where there is continuous solar radiation. The International Energy Agency singled out solar energy as the cheapest way to produce electricity. Solar cells are semiconductor structures that have the task of converting solar radiation, i.e. thermal energy, into electrical energy. The solar cell itself is composed of a large number of electronic components and special semiconductor materials, such as silicon.

The free source of energy as well as the purity of production results in the fact that they are renewable sources increasingly important sources of energy in the power system nowadays. Renewable resource energy with the most potential and with the greatest utilization is the Sun. To make that renewable resource energy was used and in order for people to benefit from the Sun, solar power plants are needed they convert solar energy into electricity.

1. Principle of operation of solar panels

When people think of an alternative or renewable energy, the first image that comes to mind is often large blue or black solar panels on rooftops or portable highway signs that have a small panel. These solar panels, also known as photovoltaic modules (or PV modules), convert sunlight into electricity and have been the basis of renewable energy for decades. The principle of operation of solar cells is based on the photovoltaic effect: when solar radiation is absorbed in a solar cell, an electromotive force (voltage) appears at its ends, so that the cell illuminated by solar radiation can be used as a source of electricity.

2. Advantages and disadvantages of solar panels

As with any available technology, there are certain advantages and disadvantages, but the disadvantages are far fewer than the advantages. When we talk about the advantages, we will certainly single out high economy and reliability, low operating costs, quiet operation mode, technical simplicity, the possibility of installation in places inaccessible to other forms of energy, and so on. Of course, we are talking about an ecologically profitable technology that does not lead to waste and a long-term investment. You can visit this website to learn more about it.

As negative things, we will mention the initial costs, which can be quite high. In addition, the production of electricity depends directly on the weather forecast, that is, on the sunlight. So, the less sun there is, and the more weather problems, the greater the chances are that you will have to find another solution.

However, what many are interested in is whether the panels are an environmentally acceptable solution. On the one hand, definitely yes, because in this way we save money and use a natural source of energy, but we can’t help but wonder what happens after the life of the panel expires.

Recycling is the separation of materials from waste in order to reuse them. It includes the collection, separation, processing, and creation of new products from used materials. The role of recycling is mainly economic and ecological, and the advantages are great, such as preserving the stock of non-renewable sources of raw materials by processing discarded materials. There are more and more installed solar panels in the world, which will be hazardous waste in 20-30 years. Industry and politics have not yet found a way to solve this problem, which escalates in extreme weather conditions, as dangerous metals leach into the ground from torn panels. Solar panels contain carcinogenic cadmium and mercury that cannot be removed without breaking the panel, and their lifespan is at least 25 years.

However, solar panels are largely recyclable. Materials such as glass, aluminum, and semiconductors can, in theory, be renewed and reused. Therefore, it is of utmost importance that consumers, industry, and electricity producers take responsibility for disposing of these modules. Now the most common methods for recycling photovoltaic modules made of crystalline silicon they are based on mechanical, thermal, and chemical procedures.

Humanity lives on the insatiable exploitation of natural resources. It is assumed that 100 billion tons of different resources were exploited last year and that only 8.6 percent was used in economic activities. Electronic waste is the type of waste whose volume is increasing the fastest compared to other types of waste. In order for technological devices to be truly environmentally sustainable, it will be crucial that the extraction of critical materials is planned on a global scale.

It is undeniable that it is really unjustified to compare the damage caused by the production of solar panels with that caused by burning fossil fuels to generate electricity. Due to the relatively long period of use of solar panels, there are currently not many companies that would deal exclusively with recycling solar panels, but that will change over time. Very valuable secondary raw materials can be obtained by recycling. Unfortunately, current technology recycling has its negative aspects in terms of ecology. The current problem with recycling is high costs for electricity, but also ensuring a constant flow of EE waste. 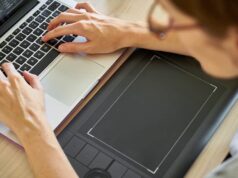 How to Know if Your Watch Is Waterproof?