The F1 2023 season is here and we are wondering about the question which is on everyone’s minds. Can Charles Leclerc Beat Max Verstappen This Year? We are just as excited as you to find out to see if the former will create history and make a great win. It is not easy to defeat the current World Champion Max Verstappen but nothing is impossible.

Or so Charles Leclerc can prove in the coming races. This Red Bull versus Ferrari rivalry has given fans a way to hold onto their favorite sport and stick to their screen during the entire duration of the race. In this article we will try to answer the titular question and will also talk about these two beloved players and what to expect next.

Max Verstappen is the current world champion and that is all we have to say about that. You can look at his performance to see what makes him the best. Charles Leclerc is a player who ascended to the top so fast that he came second only to Lewis Hamilton. Verstappen is Red Bull’s driver while Leclerc drives for Ferrari. You can read more about this here.

Ferrari has been developing a car which will change the game. Literally. If the performance of Leclerc continues on the upward spectrum, it will be difficult to see him facing the reigning world champion by the end of this season. So far, both the drivers have shown their mettle through a combination of skills and smart strategies. Let us see how.

If we go by chronologically, there is a lot to unpack here. This competition of how these two players go head to head is very interesting to witness. In the Bahrain Grand Prix, Charles Leclerc had managed to outwit Verstappen which makes the title of our article seem quite wrong. But more was yet to come. Verstappen beat him at the Saudi Arabian Grand Prix but more on that in the next segment.

After the first pit stops, the two players were seen neck to neck for several laps. Red Bull’s Verstappen went with a strategy which allowed him a lead in the beginning but Ferrari’s driver used the DRS to get ahead soon enough. But the former followed right in his competitor’s footsteps and made the same move after a lap.

The defense strategy of Verstappen seemed to hold but not for long. Leclerc did not use the eighth gear and with good reason. Leclerc eventually said that it was intentional on his part to let Verstappen take Turn 1 so that he would have DRS to move past him later. While experts applauded Leclerc’s presence of mind, they also questioned Verstappen’s approach and whether he could have done anything better.

Little did they know that he would come back with a bang soon enough.

Soon after the Bahrain Grand Prix, the drivers of Red Bull and Ferrari had another face off. Max Verstappen has been reflecting on how he was able to secure the win against Charles Leclerc in their head to head competition.  The drivers have had a history of tough competition which was recently seen to continue. At the Saudi Arabian Grand Prix, he stated that he had to keep a calm mind to beat Leclerc with smart tricks.

The use of the word trick implies that the skills of both the drivers are at par with each other. After Bahrain, this is the latest head to head they competed in. With all eyes on them, Verstappen initially went to P1 allowing Leclerc to take advantage. However, tables soon turned and the former managed to secure the title. .

When the winner reflected on how the race went, he was quick to say that the competition made it difficult to plan your turn at a precise moment. In the heat of the moment, going with tricks is a difficult movie but he was able to get ahead. He also said that he was in it for the long game and has started the season with a positive turn.

Can Leclerc Win Against Verstappen?

There is no straightforward answer to this because it depends on many variable factors. The performance of the cars and the approach taken by the drivers will decide the fate of the race when it comes. There is no doubt about the skills of both the drivers given how they have performed in the race when they went head to head.

Leclerc gave Verstappen a strict competition until the latter had to retire from the race. The Bahrain Grand Prix and be counted as a victory of Leclerc’s strategy against that of the current world champion. Soon enough though, Verstappen reclaimed why he is the world champion by winning against Leclerc through a smart strategy.

Depending on how Ferrari designs something new for the driver and whether Verstappen decides to mix things up, the race could be something to look forward to. Experts after the Bahrain race were quick to point out some of the shortcomings of Verstappen that he can work on to keep his title to himself. Leclerc, on the other hand, is surely taking notes after missing out during the Saudi Arabian Grand Prix.

The experts have a lot to say but one thing we can say for sure is that there is much to see this season in terms of the performance of the two drivers individually and then against each other. We can say that the two drivers are right now at the tie and seeing who comes through as victorious will be a race worth watching.

This season will be dependent not only on the skills but also on the strategic approaches the divers decide to take. A lot depends on foresight and quick thinking in this fast paced competition. There is a possibility that Leclerc will emerge victorious but still, one cannot take Verstappen for granted. 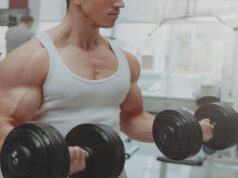 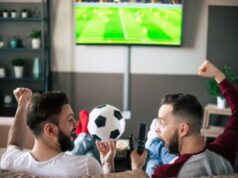